Bodnant Garden is in the running for a major national energy award – for our solar-powered tearoom.

It’s one of three pioneering renewable energy projects for National Trust Wales which are being recognised at the British Renewable Energy Awards (BREA) on Thursday, June 15. We’re shortlisted in the Pioneer, Community Group and Outstanding Project award categories at the awards ceremony at The Savoy Hotel in London.

Keith Jones, National Trust Wales environmental adviser, says: “We are thrilled to be nominated for three awards, including one of only two shortlisted organisations for the main overall Pioneer Award.”

Bodnant Garden’s £100,000 solar array scheme, installed by Carbon Zero, is a contender for the Outstanding Project Award. Keith says: “The stunning 50kw solar system installed on a curved hillside on the car park of the Grade I listed garden is a first of its type for the National Trust.

“We took an informed gamble and draped the PV on half an acre of hillside, while ensuring that the system would be organic in form, super-efficient in practice and be an attraction in itself for the world-renowned garden’s annual 250,000 visitors.

“It involved picking a cable route through the myriad of ancient oaks and using micro diggers and elbow grease to get the cable through.

“The system is now viewed as art and engineering.  It has already been judged one of the top five PV systems in the world, purely on how it looks. Being listed with globally significant systems shows that we have done something special here. It has pricked the imagination of what is possible without having to spend millions of pounds.”

Also nominated is a network of five community energy companies, called Cyd Ynni (Energy Together), which has been shortlisted for the Community Group Award. The companies support each other to develop renewable energy projects so that they can make their own electricity from hydro power and have so far delivered three hydros, of 270kw, 100kw and 50kw.

“The organisation is based in the old slate valleys around Llanberis and Bethesda, in one of the poorest areas in Wales with some of the highest fuel poverty rates in UK and the oldest housing stock in Europe,” explains Keith. “It has piloted and now operates the first end-to-end energy supply co-operative in the UK. One pilot in Bethesda is supplying local houses with local energy, saving householders on average 30% off their bills.

“We are empowering people. The network successfully crowd-sourced £700,000 in eight weeks for the two projects by working together. The vision is to work together to make our communities sustainable and make the place fit for future generations.”

National Trust Wales has another eight hydros in feasibility, an anaerobic digester, a wind turbine, one large PV solar array and several more multiple generator local supply projects developing. Bodnant has also now installed a solar array at the Far End of the garden, to power the refreshment kiosk there, and is developing its use of renewable energy all around the property. 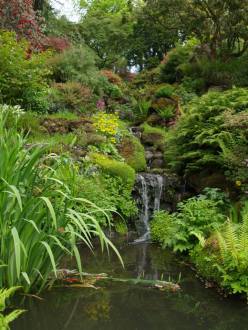 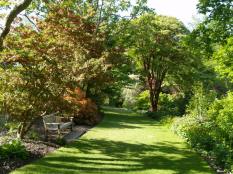